FLO Takes Us On Their ‘Summertime’ Vacation

Jenevieve Gets Real About A Relationship’s Demise With ‘Love Quotes’

Bellah Tries To Resist Temptation While Living ‘In The Moment’

The Isley Brothers Are Joined By Beyoncé For A Revamped Version Of ‘Make Me Say It Again, Girl’

Sy Smith Takes Us On A ‘Fast And Curious’ Joyride 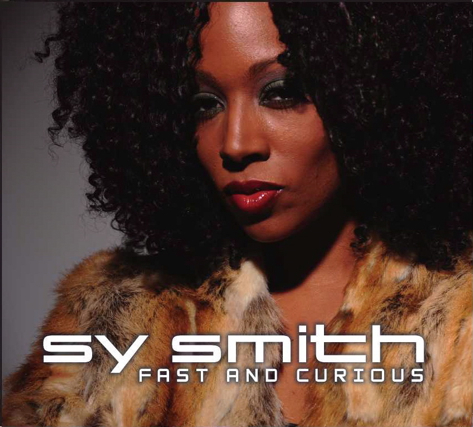 It’s not just her covers of songs by Billy Ocean and Teena Marie that make Sy Smith‘s latest, Fast and Curious, feel like a decidedly ’80’s-inspired affair. Each song feels like it was crafted with that era’s spirit of fun and excess in mind. Sy and producer extraordinaire Mark de Clive-Lowe have lovingly created a tribute to the sounds and grooves of the decade that goes beyond simply sampling, opting to reimagine and reinvent them for today’s audiences instead.

Opening title track of sorts “The Fast and the Curious,” Sy automatically gets the party started. A funky groove that puts one in the mind of The Right Stuff-era Vanessa Williams, Sy weaves a tale of a man led astray by the wiles of a seductress. “Truth” follows, amping up the danceability automatically. It’s bass line and fast-paced drums are the siren call of the dance floor and the synth and Sy’s vocals take it over the edge. But just in case you weren’t motivated to dance by those tracks, Sy and Mark take it even further into club territory with deep house stunners “Personal Paradise” and “Find My Way.”

Billy Ocean’s “Nights (Feel Like Gettin’ Down)” finds itself refashioned as a duet between Sy and powerhouse vocalist Rahsaan Patterson. It’s definitely a standout track (one that deserves the single/video treatment). The two of them (three counting MdCL) have a great chemistry that is evident throughout the song. By the time its five minutes are up, you’ll wish it were much longer.

After taking it back to the house on “Let the Rain Fall Down,” she offers her next cover with “Teena (Lovergirl Syberized).” This retooling of Teena Marie’s “Lovergirl” serves two purposes: 1) It shows just how creative and talented Sy and MdCL can be with all material, original or not. 2) It’s a perfect segue from the album’s more fast-paced beginning to the slower pace of the songs that follow. Its inclusion and placement are great thinking on Sy’s part.

“The Ooh to My Ahh” is a sensual jam led by a dreamy piano and throbbing bass. Sy channels her inner Janet here and delivers whispery vocals that give the song an even more intimate feel. “The Primacy Effect” puts us back into house territory, this time a bit more downtempo. While it does go a tad bit longer than it needs (this would’ve been better served as an interlude rather than a full song), it does give Sy a chance to show off her impressive whistle register toward the end.

The ’80’s dance grooves return once more for “Messages from the Stars,” which is a fun number with some fine synth work from MdCL channeling the likes of Kashif. “People of the Sun” closes the album on a short but sweet inspirational note as it urges folks to be their higher selves.

Fast and Curious is a worthy addition to Sy Smith’s catalog. By mining the sounds of the ’80s, Sy and Mark de Clive-Lowe have found a sound that feels at once modern and timeless. If you’re a fan of Sy, or just fun music in general, you’d do yourself a disservice if you didn’t check this one out.

- Advertisement -
Previous articleBrandy & Monica Take ‘It All’ Back
Next articleWill THEESatisfaction’s ‘Enchantruss’ Leave You Enchanted?

bLAck pARty Has Something For The Cool In You With ‘Hummingbird’