Lizzo Is A Very ‘Special’ Superhero

Sidibe Wants Something She Can Feel On ‘All Your Love Inside’

Cordae & Anderson .Paak Go Back And Forth About ‘Two Tens’

This year has been a strong year for albums thus far, and we still have another six months left to go on the musical magic carpet ride of 2012. The first half of this year has already delivered some gems for our listening pleasure that we just had to recognize with this Best Albums of 2012...So Far Hot 16. There are some surprises on this list, but one thing that shouldn't be shocking is that all of these albums (and even a mixtape) are projects by artists who can sing and musicians who can play. The year may be at its halfway point, but there's no half-stepping on these albums. Check out our picks after the bounce and feel free to share your top choices as well.
Center

Alabama Shakes Boys and Girls [Review][Amazon][iTunes]
If you haven't heard of the Alabama Shakes, then you'd best get familiar with their debut album, Boys & Girls. An ecclectic blend of rock and blues, it's lead singer Brittany Howard's soulful pipes that take total control on this album. Whether she's singing about love, heartache or perseverance, her voice hits you at the core, especially on songs like "Be Mine" and the album's lead single "Hold On." -- Ivory

Bobby Womack The Bravest Man in the Universe [Review][Amazon][iTunes]

Going into 2012, news of a new album from Bobby Womack was completely unexpected. Even more unexpected was who he was collaborating with for the project: Blur's Damon Albarn and producer Richard Russell. Expected or not, Bravest Man in the Universe delivered as Bobby experimented with a new, more electronic sound on songs like "Please Forgive My Heart" and "Dayglo Reflection." Luckily, this came at no cost to the soul and artistry we've come to know him for throughout his 60-year career. -- D-Money

Conya Doss A Pocketful of Purpose [Review][Amazon][iTunes]
With five albums already under her belt, Conya Doss released her sixth, and possibly best album yet, the content rich A Pocketful of Purpose. Whether dropping nuggets of encouragement in "Reaching for the Stars," translating words of advice into a mother's rhythmic lullaby to an infant son in "Letter" or contemplating a pivotal move from friends to lovers in "What About You and Me?," she did so with class and a musical sensibility that is all too rare these days. This is one album you'll enjoy today and for years to come. -- Lady J

DivaGeek He Said, She Said [Review][Amazon][iTunes]
Pulsating with funk n' spunk, He Said, She Said is a nothing short of a love letter to the day-glo '80's era but for the 21st century mind. Chock-filled with electro-soul grooves and witty wordplay, UK duo DivaGeek, comprised of vocalist Vula Malinga and producer Ben Jones, have crafted a debut that is original in every way. They bring on the instant party with tracks like "Oh La Laa!," "Mr. Happy" and the infectious rollercoaster jam of "Money." But make sure you stay for the cool down, as they dabble in Michael Jackson's "I Can't Help It" and then totally do a TKO with their stirring reading of Hall & Oates' 1981 classic, "I Can't Go For That." You can certainly go for this album...yes can do. -- AudioDiva

Elle Varner Conversational Lush [Review][Download]
It seems like we've been waiting ages for R&B chanteuse Elle Varner's debut LP Perfectly Imperfect (in fact, it was nearly a year ago that we were first introduced to Elle through her single "Only Wanna Give It To You"). Sensing this, Elle dropped this mixtape much to the delight of those thirsty for more. Conversational Lush, buoyed by single "Refill," is an intoxicating sampling of the fun, thoughtful spin that Elle is bringing to R&B and serves as a refreshing prelude to her upcoming LP, arriving in August. -- D-Money

Esperanza Spalding Radio Music Society [Review][Amazon][iTunes]
After winning the Best New Artist GRAMMY in 2011, shocking tweens and bringing joy to jazz heads the world over, multi-instrumentalist Esperanza Spalding continued on her path to world domination (or so we'd like to think) with her album Radio Music Society. Featuring delicate and smooth vocals balanced over jazz and soul styles, stand out tracks like "Black Gold," "Endangered Species" and "I Can't Help It" effortlessly demonstrates just why Ms. Spalding was deserving of that GRAMMY, and surely has many more on the way. -- Kitten Jam

Gabriele Poso Roots of Soul [Amazon][iTunes]
If there's one album you shouldn't sleep on this year, it's arguably Gabriele Poso's Roots of Soul. The multi-talented instrumentalist/composer's name may be unfamiliar, but his music is hard to forget. With its lively blend of Afro-Latin jazz and soul, even the toughest critic is bound to crack under the album's infectious rhythms and touching melodies. -- Lady J

Incognito Surreal [Amazon][iTunes]
With over 30 years in the game, it'd be easy for Bluey and the Incognito crew to phone it in when it comes to new projects. However, it's their insistence on keeping their sound fresh that has helped them to achieve longevity in a game that is always on the hunt for the next big thing. For their fifteenth studio album, longtime collaborators Maysa and Vanessa Haynes step back a bit, allowing recent line-up additions such as Mo Brandis and Natalie Williams to add a contemporary edge to the band's classic sound. -- Ivory

Jazzanova Funkhaus Studio Sessions [Amazon][iTunes]
The Berlin-based DJ/production collective have had a great start to the year, delivering not only a collection of cracking remixes, but also this live studio effort featuring Paul Randolph on vocals. All your Jazzanova favorites are here (including many tracks from 2008's Of All the Things) but with a fresh and funky spin. -- SoulUK

Joy Denalane Maureen (English Version) [Amazon][iTunes]
If you were lost in translation with last year's, Maureen, don't fret as Joy Denalane has a treat for you as she has revitalized her third album for the English speaking audience. Though the language has changed, the soulful tones Denalane has brushed across her canvas have not. And if you enjoyed it the first time around, then the second time is much sweeter, and at times feels like you're listening to a completely different album. Always knowing how to blend the modern with the vintage, Denalane warms us up with standout tracks like "Free," "Roses" and the Bilal assisted "Should I Never." Oh, and her exquisite remake of Heatwave's "Happiness Togetherness" is not to be missed as it rounds out an inviting cast of material for the German soul enchantress. -- AudioDiva

Who knew pop music could be so intricately detailed, thought provoking and, well, soulful? NZ singer Kimbra burst onto the scene and schooled us all on this matter, easily managing to make close to every and anybody fall for her cherry red lips, black bobbed hair, smoky vocals and engaging lyrics on her debut album Vows. Add to that, the theatrical styling of her tracks which are catchy minus the cheesiness of modern pop, while maintaining a jazz/soul sensibility, and you have one of the best albums of 2012. -- Kitten Jam

Nicholas Ryan Gant Promises [Amazon][iTunes]
Nicholas Ryan Gant has a slightly unorthodox approach to R&B, as is evidenced upon listening to his latest album Promises. Mixing his mellow-smooth voice with production that sometimes skitters, occasionally flips and always floats effortlessly, he takes his heart-on-his-sleeve lyrics to higher heights. Promises may not be a mainstream record but it's musical proof that it pays to venture off the beaten path. -- D-Money

Quantic & Alice Russell Look Around The Corner [Amazon][iTunes]
Having collaborated on a handful of tracks from each other's back catalog, it was about time that Will "Quantic" Holland and pint-sized powerhouse Alice Russell teamed up for a full album, and boy was it worth the wait! Encompassing soul, folk, boogaloo and Latin influences, the pair, along with the awesome Combo Bárbaro, craft the summer soundtrack. -- SoulUK 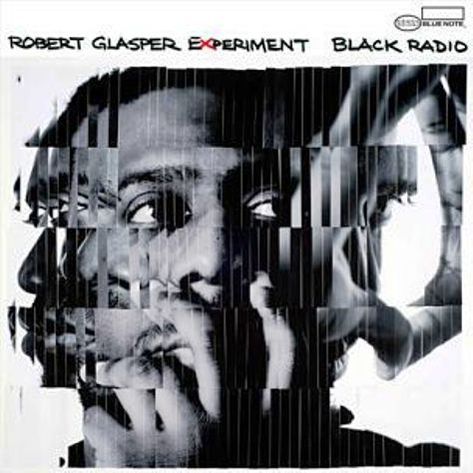 No album was more hotly anticipated around SBHQ than Robert Glasper Experiment's Black Radio, thanks to an early leak of its tracklist. Building jazzy, soulful, synth-assisted soundscapes behind everyone from Erykah Badu, to Musiq Soulchild and Chrisette Michele, to Bilal and Lupe Fiasco, would be a daunting task for anyone. Yet, the true brilliance of Black Radio is how effortless every track and vocalist sounds -- even on covers (Sade's "Cherish The Day" and Nirvana's "Smells Like Teen Spirit") that few mortals are brave enough to touch. This decade just got its first truly monumental soul album. -- Remi

Sam Sparro suffers no sophomore slump with his second album, Return to Paradise. As a matter of fact, he took the electro-soul foundation that he built with his self-titled debut and erected the hottest dance club for which this is the sweaty soundtrack. Sam's incredible voice (which sounds as good if not better live than it does on wax) wraps itself around songs that make the old (disco, '80's pop) sound shiny and new again. -- Butta

The varying tones of Syberspace are once again explored on Fast and Curious, Sy Smith's now fourth installment. Smith swirls in a sphere of house and funky electro-R&B that is all being navigated impeccably by producer Mark de Clive-Lowe and the results are stellar. Highlights such as "Let The Rain Fall Down" and "Personal Paradise" are hypnotically wonderful, while "Message From The Stars" proves that Sy can get down in some serious vintage funk grooves like it's 1982. Speaking of getting down, she does so with Rahsaan Patterson on the sharpest cover of Billy Ocean's misbegotten "Nights Feel Like Getting Down" that you'll ever here. As a topper, her homage to the late Teena Marie is another winner as it rounds out this oh-so-stylish affair. -- AudioDiva

- Advertisement -
Previous article
Hot 16: SoulBounce's Best Songs Of 2012...So Far
Next article
Morning Soul: It Was Night Way Before The Light

5 Reasons Why You Should Be Tuned Into Issa Rae’s Latest Series ‘Rap Sh!t’ On HBO Max