FLO Do Their 'Job' With Another Stellar Vevo DSCVR Performance

Brik.Liam Turns A Chore Into Pleasure With 'laundromat (close)'

Anita Baker Invites Babyface To Join Her On 'The Songstress Tour'

Coco Jones Gets Personal & Passionate On 'What I Didn't Tell You' 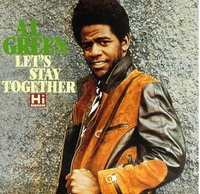 What can I possibly say about this song that hasn't already been said? That it's Al Green's signature song? Check. That it represents Al's interpretation of the "Memphis sound" but with 1970's smoothness? Check. That it is a testament to what "grit and honey" sound like? Check. And regarding that last statement, it was this person's choice to put Al Green and grit(s) together (before his "accident" I might add), not mine. This song has been remade many times over, most notably by Tina Turner who used this song from her hugely successful comeback album, Private Dancer, as a platform to wear get-'em-girl heels to showcase those fabulous legs of hers over twenty years ago. Al Green being a living legend is not up for dispute. Al Green's triumphs with the sanctified versus the secular have been well-documented, especially with his recent stellar release, Lay It Down. And the fact that he has succeeded where many have succumbed, e.g. Marvin Gaye and Sam Cooke, is not up for dispute either. Nor should the fact that this song, the first appearance of Al Green on this countdown and in this position on it, is so befitting of the accolades that it so greatly deserves.
Al Green: "Let's Stay Together"

- Advertisement -
Previous article
Raphael Saadiq's 'The Way I See It' Tracklist Revealed
Next article
Morning Soul: Kick Off Your Shoes and Relax Your Feet

Looking Back On the Top 100 Soul/R&B Countdown