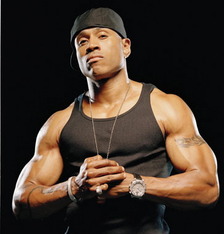 Oh word, Fox News? That’s how y’all are gonna act now? I guess we really couldn’t be too surprised at your boldness, given that you all are the network that decided to give Sarah Palin her own talk show. Those who can’t handle politics, leave politics and those who leave get TV shows apparently–word to Blagojevich‘s hair on that one. In any case, Palin’s Real American Stories was set to include James Todd Smith‘s story about “overcoming adversity.” When Ladies Love decided that being a part of this show wasn’t the best move to make, Fox News issued the following statement:
Right

“Real American Stories” features uplifting tales about overcoming adversity and we believe Mr. Smith’s interview fit that criteria. However, as it appears that Mr. Smith does not want to be associated with a program that could serve as an inspiration to others, we are cutting his interview from the special and wish him the best with his fledgling acting career.

Oh snap! Oh dip! “Fledgling?” Wow. If there’s one thing that LL Cool J is not, it’s fledgling. Let’s call a spade a spade and chalk this one up to certain sharp-tongued, passive-aggressive conservatives spokespersons still being mad at President Obama being elected. We’re not quite sure what possessed LL Cool J to consider being a part of this show, but we’re happy to know that he has already gained the upper hand by not responding thus far to such a pissy, catty comment.